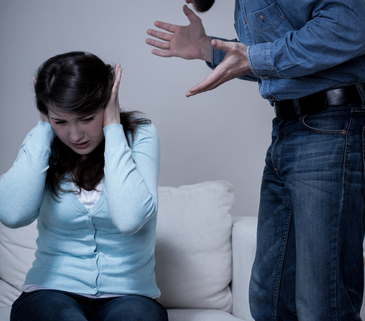 Michigan State Police define domestic violence as “a pattern of learned behavior in which one person uses physical, sexual, and emotional abuse to control another person.” Michigan law states that a person has a domestic relationship with someone if any of the following apply:

These are all said to be “domestic” relationships and anyone who engages in any of the following types of behavior risk being charged with domestic violence.

You can view the other types of behavior that would be classified as domestic violence by visiting the Michigan State Police website.

What are the penalties for a domestic violence charge in Michigan?

In the state of Michigan, domestic violence is considered to be a form of assault or an assault and battery. When domestic assault is committed, that person would be faced with the following criminal penalties:

When a person is charged with aggravated domestic assault in Lansing, MI or any other city within the state, they are going to be faced with the following penalties:

If you have been charged with domestic violence in Lansing, East Lansing, DeWitt, Grand Ledge, Charlotte, St. Johns, or Okemos, it is important that you discuss your case with an experienced criminal defense attorney. Stuart R. Shafer has helped people who have been charged and wrongfully convicted fight their charges for over 40 years and is prepared to help you too.

While there are plenty of domestic violence cases that involve a person engaging in illegal behavior, there are other cases that arise because an argument got out of hand with your partner or spouse. Regardless of what brought on your domestic violence charge, it is crucial that you have a criminal defense lawyer in Lansing review the matter to determine if your charge can potentially be dropped or even reduced so that your penalties aren’t quite as severe as they would be if you were to be convicted of domestic violence.

You can reach the Law Offices of Stuart R. Shafer, P.C. at:

Is it Better to Avoid Divorce “For the Sake of the Children?”
Scroll to top