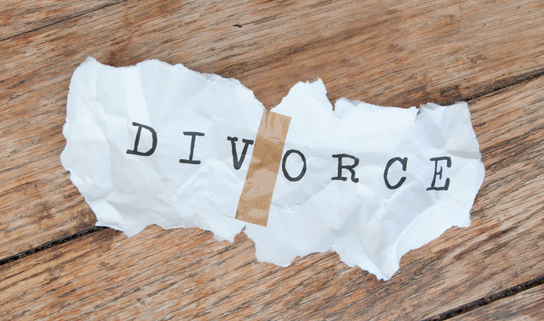 According to researchers from the U.S. Census Bureau, approximately 40 percent of first marriages and more than 60 percent of second marriages end in divorce. Those are high figures, but they aren’t hard to believe.

In many areas of the country, it’s less common for a child to grow up with married parents than with divorced ones. Despite the large number of divorces each year and the wide variety of social statuses and communities that those figures cover, the reasons for divorces usually boil down to only a few concerns.

No matter why you’re considering a split, we can help. At the Law Offices of Stuart R. Shafer in Lansing, P.C., we have 40 years of divorce-law experience, and you can rely on us to offer sound legal advice from the time you file to the time you sign your papers.

To learn more about our services or to arrange a consultation with a Lansing family lawyer, visit StuShafer.com, or call us today at 517-487-6603.

For a marriage to work, both spouses must find a way to problem solve and discuss issues productively together. The Marietta Patch explains that even if both spouses are good communicators on their own, not every pair of people is suited to work through conflict with each other.

Without a system for tackling disagreements, couples find that conflicts tend to stretch on and never really go away entirely. You may find yourself fighting about the same issue for several years. Most psychologists say this pattern tends to boil over after approximately five to seven years of marriage.

2. After a Longer Marriage, Couples Divorce Due to a Loss in Intimacy

In many marriages, couples begin to lose their bond after 10 years. This can present itself in a variety of behaviors, including jealousy, insecurity, infidelity and lack of trust. In some cases, these marriages end amicably, with both spouses deciding divorce is the best option.

However, sometimes, one spouse is no longer happy while the other still is. This can turn into a difficult split.

During the early phases of a relationship, people may be more willing to overlook strong cultural, religious or deep-rooted differences in their spouses. However, as time goes on, these differences become more challenging to work through, especially when the conversation of raising children arises. Spouses who come from very different backgrounds and have separate worldviews can make a marriage work, but it often takes a lot of effort.

If you’re looking for a family attorney in Lansing, don’t hesitate to contact us. At the Law Offices of Stuart R. Shafer in Lansing, P.C., we have extensive experience in many areas of divorce law, including alimony, child custody and restraining orders. To arrange a consultation with a family lawyer from our firm, call us today at 517-487-6603.

Family-Lawyer Tips: 3 Signs You May Be Heading for a Divorce