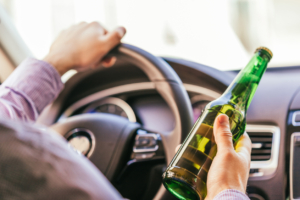 Lansing, MI police officers are trained to detect when a driver is showing signs of impairment which helps them determine when to pull a vehicle over. In the state of Michigan, if a driver is pulled over and an officer determines through a breath test that their BAC (blood alcohol concentration) level is .08, they will be arrested and charged with DUI. Officers can also make an arrest if they have valid evidence that indicates a driver is impaired, whether it be through the motorist’s actions or after obtaining a blood or urine sample that reveals a BAC level of .08 or higher.

• They are stopping too far, too short, or their stops are “jerky.
• Accelerating or decelerating for no reason.
• Their speed varies.
• Driving at speeds that are 10 mph under the speed limit.

3. The driver is having “vigilance problems.” Some example might include:

• Driving in opposite lanes or the wrong way on a one-way road.
• Show a slow response to traffic signals.
• They are slow or fail to respond to an officer’s signals.
• Stop in a lane for no reason.
• Drive without headlights at night.
• Fail to signal or their signal is inconsistent with their action.

• Following too closely to other vehicles.
• Improper or unsafe lane change.
• Making an illegal or improper turn.
• Stopping inappropriately in response to an officer attempting to pull them over.
• Displaying behavior that is inappropriate or unusual.

Once an officer pulls a driver over who they suspect is operating their vehicle while under the influence of alcohol and/or drugs, they will also look for the following cues to help them determine if they are, in fact, drunk or drugged:

Now, if you were recently arrested for DUI in Lansing, Okemos, Dewitt, St. Johns, Grand Ledge, Charlotte, or East Lansing, you will want to retain a DUI lawyer who can defend your rights. DUI charges not only result in serious penalties but also leave a stain on your record which can impact your ability to get a job or keep the one you currently have. Therefore, if you want to stand a chance at getting your charges reduced or would like a lawyer to review the details of your case to determine if the officer violated the law to make the arrest, contact the Law Offices of Stuart R. Shafer, P.C.

Want to join the discussion?
Feel free to contribute!